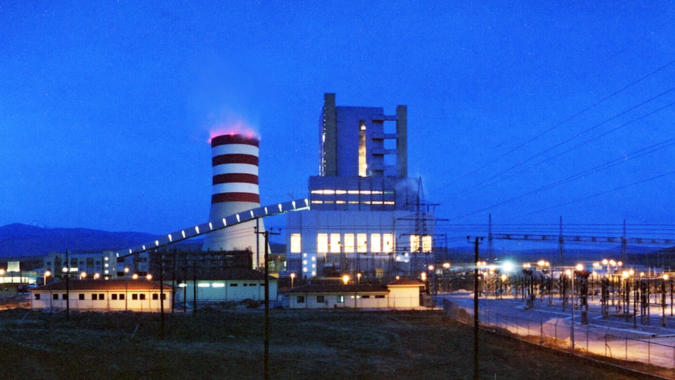 Following the Paris Agreement, the discussion on the next phase of the EU ETS, 2021-2030, compensation mechanism has intensified. Greece is strongly arguing for its inclusion in the provisions of articles 10c and 10d, according to energy analysts from PPC, Greece’s Public Power Corporation.

Is Greece eligible according to the criterion of “low-income member states” (member states with a GDP per capita below 60% of the EU average)? Certainly it is. Greece has lost about 27% of its GDP during the last 7 years – it is the country most stricken by the eurozone crisis. Its GDP per capita was 59% of the EU average in 2014 and further declined to 56% last year.

So why is Greece excluded from the compensation mechanisms? Because of a footnote in the European Council conclusions, with the phrase “all references to GDP in 2013”. 2013 was the latest year for which official GDP data were available back then. Greek per capita GDP in 2013 was slightly above the 60% threshold (61,8%). The failure to foresee GDP developments should be corrected to reflect the actual situation in the EU ETS countries.

Apart from the GDP criteria and the dire economic situation in which Greece finds itself, things are made worse for Greece by the country’s geography in two ways: First, Greece is the southeastern-most country of the EU, with limited access to electricity grid interconnections, and in a region where – apart from Italy – every country is either not bound to the EU ETS (Albania, Serbia, Turkey etc.) or is entitled to compensation (Bulgaria, Croatia, Romania etc.), gaining an important competitive advantage over Greece. Second, Greece has a host of isolated islands that rely on oil for electricity generation. Modernising energy assets, developing renewable generation on the islands and interconnecting them to the mainland grid requires funding that Greece finds hard to raise.

According to the proposed amendments to the regulatory framework, allowing Greece to allocate free emission rights to fund energy projects would not affect other member states, since any such free allocation would be deducted by the country’s own share of emission rights.

Regarding the participation of Greece in the Modernisation Fund (art. 10d), it does not seem right that an increase in the number of beneficiaries would lead to a decrease of individual compensations, given that the purpose of this compensation mechanism is to relieve the eligible member states of part of the cost of climate change policies. This problem could be easily overcome by increasing the quantity of emission rights used for the Modernisation Fund, either by increasing the Modernisation Fund percentage from 2% to 2,32% of the EU-wide quantity, or by drawing 50 million allowances from the Market Stability Reserve, in effect utilizing leftover emission rights from the previous EU ETS phase. The latter method has been employed by the European Commission to secure funding for other schemes, such as the Innovation mechanism.

One should always keep in mind the reason that the compensation mechanisms were created: to support vulnerable member states and enable them to reach the common EU climate targets. For the reasons explained, it seems only fair and reasonable that Greece is provided with such support, enhancing climate policy by enabling the crisis-stricken country to invest in emission curbing projects.