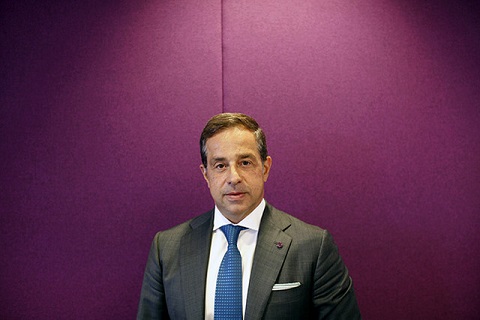 The Mediterranean country’s economy “needs private investment in order to enter a virtuous cycle of growth, as private consumption, and public investment from the Greek state may not recover anytime soon,” Thomopoulos said in an interview in Athens on Monday. “Investable opportunities won’t arise unless meaningful and sustainable private debt restructuring takes place.”

After six consecutive years of recession that wiped out about a quarter of the Greek economy, banks’ bad loans have ballooned to about 78 billion euros ($102 billion), or over a third of their total lending, company filings by the four biggest banks show. Greece’s lenders, which raised more than 8.3 billion euros from investors this year, may need more capital to resolve non-performing loans, the International Monetary Fund said in a report in June.

Piraeus, Eurobank Ergasias SA (EUROB), National Bank of Greece and Alpha Bank AE (ALPHA) reported common equity tier 1 capital over 15 percent at the end of June, well above the minimum regulatory requirements. The banks’ books are being reviewed by the European Central Bank as it prepares to assume oversight of the region’s top lenders in the 18-nation euro area in November.

Greece’s central bank has proposed a slate of measures to offer relief to troubled household and small-business borrowers, according to guidelines published last month in the official government gazette.

Short-term measures over the next five years include allowing interest-only payments or a grace period on late installments. Proposed long-term measures include extending loan terms, reducing interest rates, changing the type of interest due or the loan’s underlying collateral.

The issue of bad loans is a “top priority” for the government, Development Minister Nikos Dendias said last month, adding that a new draft law may be presented in September.

Dendias said that the government’s proposals for handling bad loans won’t affect the capital position of Greek lenders. As a result, the plans shouldn’t affect the euro area-wide stress tests.

The Finance Ministry and the country’s central bank have resisted the creation of a so-called “bad bank” in which troubled assets would be transferred, because such a move would be seen as an attempt to shift liability for doubtful loans to taxpayers. Instead, special units have been created within each Greek lender to manage the loans.

Public debt, which reached 322 billion euros in June, as well as corporate and household bad loans, weigh on the Greek economy, as the 11-million strong nation struggles to emerge from the longest and steepest recession in half a century, which has left more than 27 percent of its workforce without a job.

A government delegation and officials representing the ECB, the IMF and the European Commission are due to meet Tuesday in Paris. They will discuss progress on a set of economic overhauls attached to the country’s 240 billion-euro international bailout, as well as how to tackle non-performing loans, said an official on condition of anonymity because the talks are private.

Greece’s economy shrank by 0.3 percent in the three months through June from the same period last year, its 24th straight contraction, after dropping 1.1 percent in the previous quarter, the Athens-based Hellenic Statistical Authority said in an e-mailed statement yesterday.