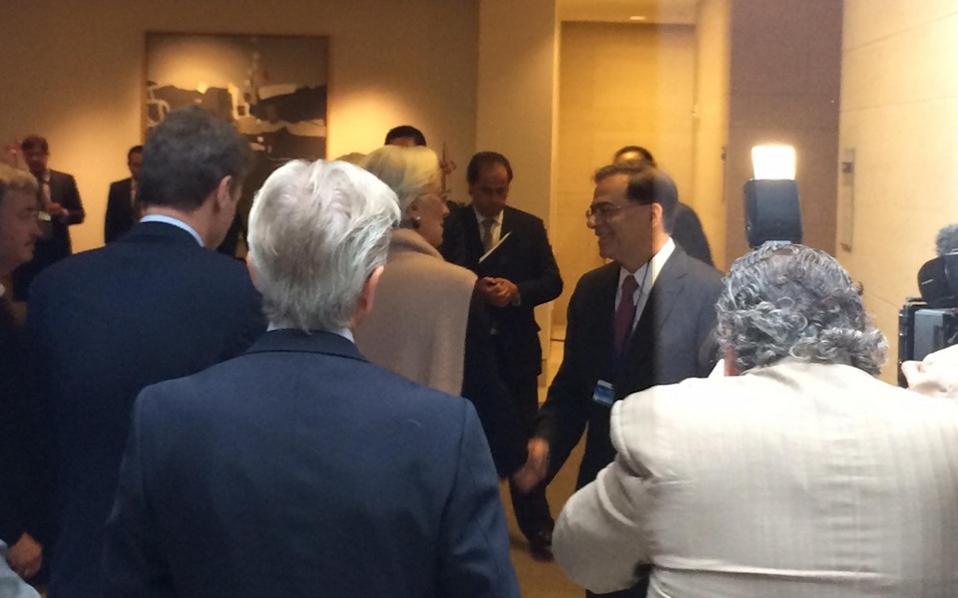 Greece is close to exiting its bailout programme and will draw up its own adjustment scheme, according to government spokesperson Sofia Voultepsi.

“We are near exiting the memorandums,” she told ANT-1 TV on Monday morning in reference to Greece’s bailout agreements with the eurozone and International Monetary Fund.

“This will happen without our public finances being disturbed and without new debt and deficits being formed,” added the New Democracy MP.

“Everything is on the table, the discussions have started. The IMF is positive because it believes that it has contributed to progress in Greece,» a Greek finance ministry official said after the meeting.

“The IMF continues with a post-program review in every country it lends to…we will have a relationship with the IMF but not under the same conditions.”

The IMF in a statement confirmed that Lagarde met Greek officials including the finance minister and the Bank of Greece governor and praised Greece for improving its fiscal position and urged it to implement key structural reforms.

“We will move forward with our own programme, which will not subject to the tight monitoring we have had until now,” said Voultepsi.