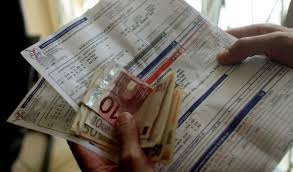 The new Greek administration will have to repay the country’s debt, which is ultimately owed to taxpayers in the eurozone, even though talks on a debt maturity extension are possible, European officials said Monday.

The new government to be formed in Greece in the coming days will have to respect its commitments and continue repaying its debts as talks on debt maturity start, Mr. Coeuré said in an interview with French radio station Europe1.

“Mr. Tsipras must pay, those are the rules of the game, there is no room for unilateral behavior in Europe, that doesn’t rule out a rescheduling of the debt,” Mr. Coeuré said. “If he doesn’t pay, it’s a default and it’s a violation of the European rules.”

The European Union’s institutions are eager to talk and cooperate with Greece, he added.

Mr. Tsipras had staked his campaign on resistance to austerity measures that include budget cuts and tax increases demanded in return for a EUR240 billion ($269 billion) bailout.

Greece owes around EUR40 billion to France and EUR60 billion to Germany, Mr. Coeuré said. “The debt is owed to taxpayers, not speculators or financial markets, canceling that debt would be a EUR40 billion gift to Greece,” he said.

The French banker said the Greek situation is unlikely to affect other countries in the EU periphery such as Portugal or Ireland. “Financial markets understand the situation is different,” he said.

Finland’s prime minister said that writing off a significant part of the loans it has received from eurozone countries and the International Monetary Fund is unacceptable.

“We will not forgive any loans. However, we are ready to discuss extensions to [bailout] programs or extensions to loan repayment periods, ” Mr. Stubb said at a press briefing.

He said Finland respects the outcome of a democratic election in Greece and extends warm congratulations to Syriza for its electoral victory.

“We also hope that commitments that have already been made will be honored–I firmly believe that we will reach a good end result,” Mr. Stubb said.

Finland, Greece and the eurozone are all dependent on each other, and “a dirty exit” by Greece from the eurozone would benefit nobody, Mr. Stubb said.

French President François Hollande congratulated Mr. Tsipras on the victory of his party in the elections, saying he wants to pursue close cooperation between their two countries.