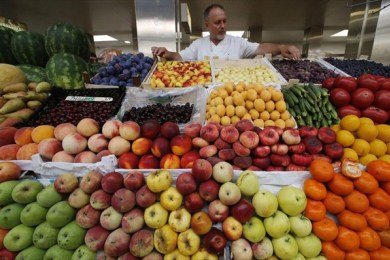 Greek farmers are likely to be compensated for any losses they suffer as a result of a Russian embargo on imports from the European Union, the government has indicated.

“Greek producers will have the state’s full support,” the Foreign Ministry said in a statement late on Saturday as it sought to play down the impact of the temporary ban by Russian authorities.

“The Russian market is a very important destination for fresh Greek agricultural products but the turnover in terms of number is limited and can be dealt with on a national and European level,” said the Foreign Ministry.

“The farmers are absolutely right: Their crops are being left unsold,” she told Mega TV on Monday. “Whatever happens, they will be compensated – either with national or European funds.”

The Foreign Ministry also dismissed criticism from within Greece of the government’s decision to back sanctions against Russia, which triggered the embargo on imports last week.

“Our country, as a member state of the European Union, takes part in the forming and implementation of collective European decisions while taking into account a host of parameters and having as its only criteria the overall and long-term safeguarding of national interests,” said the ministry.

“You cannot base your foreign policy on peaches,” said Voultepsi. “There is a big difference between compensating farmers and changing your alliances.”