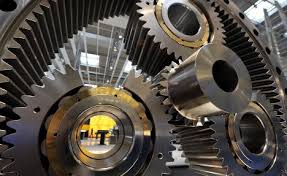 Greece sharply lowered its forecast for economic growth this year to 1.4%, according to a senior government official.

According to initial estimates by the previous government and its international creditors, Greece΄s economy was expected to grow by 2.9% in 2015. This estimate was later lowered to 2.5% both by the European Commission and the country΄s central bank, Bank of Greece.

Greece΄s economy returned to growth in 2014 after six years of recession, expanding at an annual pace of 0.8%, according the Greek statistics agency.