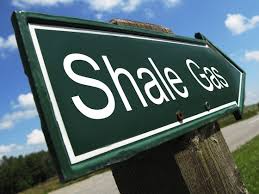 Greece is not interested in shale gas development, Environment, Energy & Climate Change Minister Yiannis Maniatis has told an ongoing energy event in Athens, the “Balkans and Adriatic Oil Summit”, which opened today and runs through Friday.

Maniatis, who commented on the issue in response to a related question, reminded that Greece had already expressed an extremely cautious position on shale gas development at an Environmental Council meeting during Lithuania’s EU presidency in the second half of 2013.

“We are not at all interested in the prospect of extracting shale gas, or shale oil, in Greece – not at all,” the minister underlined at the conference.

On a theoretical level, geological surveys of Greek territory have already been conducted, the most recent effort, a preliminary study, carried out by the Institute of Geology and Mineral Exploration, locally known as IGME. Also, it was announced yesterday that funds have been approved for the University of Crete to conduct similar research work.

The extraction and use of shale gas is believed to be environmentally hazardous, through the leaking of extraction chemicals and waste into water supplies, leaking of greenhouse gases during extraction, and pollution caused by the improper processing of natural gas.