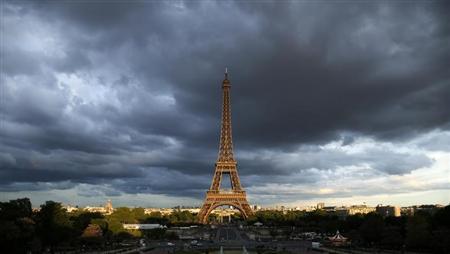 The next meeting between government officials and the troika will take place in Paris, not Athens, following a request from the Greek side, Kathimerini has learned.

Sources from the International Monetary Fund, the European Commission and the prime minister’s office confirmed Monday that the next round of talks, scheduled for early September, will be held in the French capital, which was deemed neutral territory. None of the three members of the troika – the IMF, Commission and European Central Bank – have their base or central headquarters there.

As a result, Finance Minister Gikas Hardouvelis will head to France for talks with troika officials between September 3 and 5. He will be accompanied by Prime Minister Antonis Samaras’s adviser Stavros Papastavrou, Administrative Reform Minister Kyriakos Mitsotakis, Labor Minister Yiannis Vroutsis and Development Minister Nikos Dendias. The aim will be to assess how far Greece has progressed with implementing some 600 actions demanded by the troika.

The Paris meeting will form the basis for the fifth evaluation of the Greek adjustment program, which is due to begin in October.

The decision to move the talks to the French capital came after a request directly from Samaras. The premier and his aides wanted to find a way to defuse the tension that builds up in Athens each time the troika visits. They also feel this will be a good way to limit the length of the negotiations, which often tend to drag on for weeks when representatives of Greece’s lenders are in Athens. It represents a substantial turnaround for the troika given that even during officials’ most recent visit to Athens last month, some remarked to Kathimerini that the Greek government only tackled its tasks when the inspectors were in Greece.

The coalition is expected to submit a multi-bill to Parliament on Tuesday that aims to tie up a lot of loose ends so Greece can receive its next 1-billion-euro bailout sub-tranche this month. Provisions include the merging of some auxiliary pension funds and the introduction of new rules on checking politicians’ derivation of wealth (pothen esches) forms.