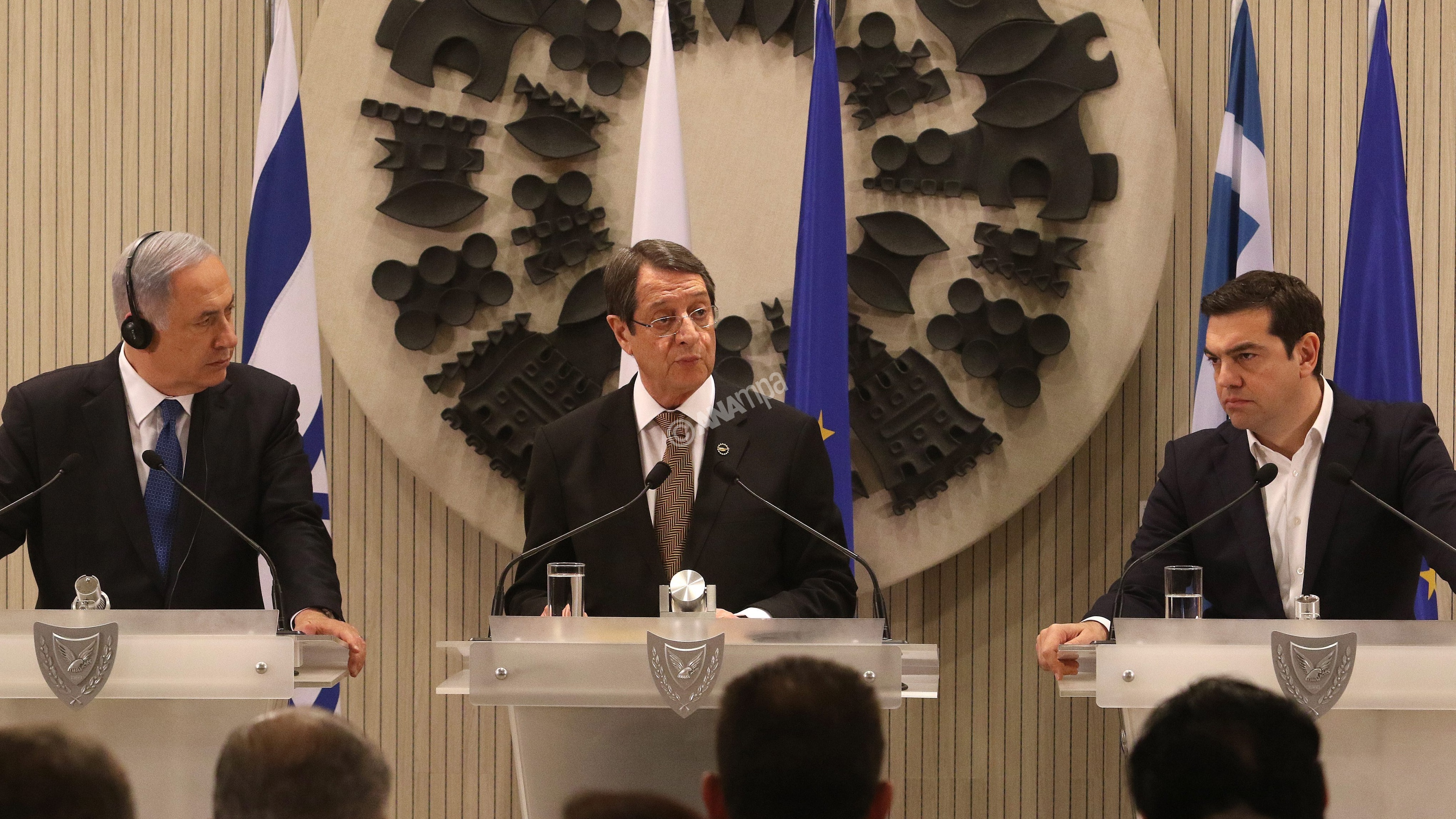 The tripartite Greece – Cyprus – Israel agreement is considered of special economic and geopolitical importance by government sources. This agreement, which is the result of increasingly frequent contacts last year, is the second, after the tripartite agreement of Greece, Cyprus and Egypt.

Government sources said that beneficial partnerships and new development conditions are formed in a number of economic sectors after the signing of this agreement. Greece’s role is upgraded as a factor of stability in the region and the same exists and for Cyprus.

The energy sector is of great importance as the discovery of hydrocarbon deposits in Eastern Mediterranean creates a new dynamic in the region and can act as a catalyst for stability and cooperation. In this regard, government sources indicate that:

*It restarts the project of the EastMed gas pipeline, which will connect directly the East Mediterranean gas deposits with European networks. The EastMed is a project of great importance for the economy and energy security.

*It promotes strategic trilateral energy projects such as the “EuroAsia Interconnector” that connects the three countries for electricity transmission in continental energy markets.

*It explores the possibility of manufacturing Liquefied Natural Gas (LNG) transfer stations in Greece, an issue which has been included in the tripartite Greece – Cyprus – Egypt agreement.

* Following the Paris Agreement for the Climate, the cooperation possibilities in the Renewable Energy Sources technology, which are a dynamically developing sector of the economy concern Greece in particular, will be examined.

“Greece and Cyprus will work as members of the EU to ensure financial resources in the energy sector. To accelerate cooperation, a Joint Working Group, composed of the Secretaries General of relevant ministries of the three countries, was established,” said government sources.

They pointed out that the cooperation also extends to other areas such as tourism, culture, water management, desalination technology and the protection of the marine environment. The cooperation and transfer of knowhow for support and development of startups (start ups) is also of particular importance.

They also discussed the regional developments and security issues. “Greece and Cyprus pledge to contribute constructively in the strengthening of the European Union’s relations with Israel. They also pledge to contribute to promoting the EU’s role on the resumption of meaningful and credible talks between Israel and Palestine,” the same government sources stated.