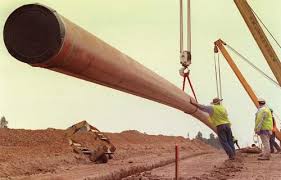 Greece and Bulgaria are preparing to apply for increased EU funding to help finance the construction of the IGB (Interconnector Greece-Bulgaria) gas pipeline following a decision reached just days ago by Production Reconstruction, Environment and Energy Minister Panayiotis Lafazanis and his Bulgarian counterpart, Temenuzhka Petkova, to accelerate the project’s progress.

The two officials met just days ago in Baku, where they attended a Southern Corridor advisory council meeting.

The IGB project, to be linked to the TAP (Trans Adriatic Pipeline) project, to supply Europe with Azeri natural gas, has a budget of 250 million euros. Lafazanis and Petkova have agreed to finalize the project’s investment plan by May 31 with the objective of launching the pipeline within 2018.

At present, IGB is entitled to 45 million euros through the EU funding program, well under the amount Greek and Bulgarian officials hope to qualify for.

The European Union has included the IGB project within the overall framework of the Southern Corridor, to supply gas from the Caspian and Middle Eastern regions to Europe through various projects, which are eligible for funding through the European Energy Program for Recovery (EEPR).

Bulgaria, currently disconnected from all international energy projects following the recent debacle of the Russian South Stream plan, is expected to make the first move.  Acccording to some sources, Bulgaria has already begun applying pressure for an amount of up to 120 million euros, either through the EEPR fund or other EU programs. Sefcovic may agree, the sources added.

The IGB pipeline, to cover a distance of approximately 180 kilometers, will run from Komotini, northeastern Greece, to Stara Zagora in Bulgaria. It will have a capacity to transmit five billion cubic meters of natural gas, annually.