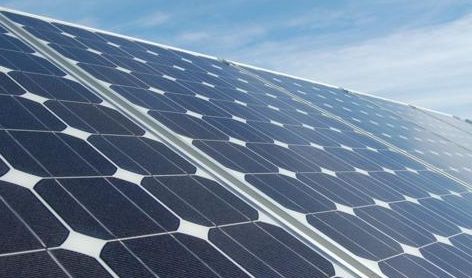 Greece has the capacity to install a further 4 GW in photovoltaic systems until 2030, a prospect that would not only spare consumers of additional costs, as the Special Emissions Reduction Tax, ETMEAR, would not be increased, but, instead, would reduce the actual cost of electricity production as the marginal price level will drop, according to the findings of an academic study.

The study, conducted by the University of Thessaloniki’s School of Electrical and Computer Engineering on behalf of the Photovoltaic Companies Association (SEF), examined the impact of further photovoltaic penetration in the electricity market, based on various scenarios concerning electricity demand between 2015 and 2030.

At least two conditions would need to be met if the 4-GW increase of photovoltaic systems, a prospect that would maintain thousands of jobs in the sector, were to be successfully implemented, the study noted.

Firstly, the price of energy produced by large photovoltaic systems would need to be maintained at levels of 90 euro per MWh throughout 2015, before undergoing an annual 1.5% decrease, beginning in 2016, assuming objectives were being met. Secondly, a self-production, or net-metering, measure would need to be implemented as swiftly as possible for domestic and professional installations, without capacity restrictions. This would not affect the price of electricity for consumers, as any excess self-produced power would be channeled into the system without additional cost.

SEF officials assert that if their proposal, based on the study’s findings, is implemented, then the photovoltaic sector would benefit from greater investment activity as a result of reduced installation costs.