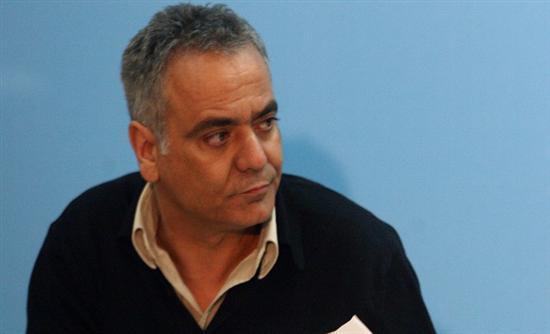 The government intends to maintain the state’s control of the country’s power transmission networks, Production Reconstruction, Environment and Energy Minister Panos Skourletis underlined late yesterday, while also noting that the level of the state’s equity share to be sought in IPTO, the power grid operator, and the move’s financing details, remain undetermined.

The future of IPTO, a subsidiary firm of main power utility PPC, will be addressed in talks commencing today between energy ministry officials and a team of troika technical officials on energy sector reforms as part of the latest bailout deal for Greece.

Lenders want IPTO to be split from PPC and privatized as part of the latest bailout agreement for Greece. However, they have also left open the option of IPTO not being privatized as long as a convincing alternative plan promising equal results, meaning real competition in the electricity market, can be found and implemented.

According to sources, besides IPTO, Greek and troika officials are, for the time being, not expected to hold substantial talks on other sector privatizations, including an attempt to part-privatize PPC, and the introduction of NOME-type auctions in the electricity market.

The troika technical team’s head Carlo Viviani, senior economist for Greece at the European Commission, is regarded as being a tough negotiator and well-informed energy industry specialist.

In the lead-up to today’s talks, representatives of SEV, the Hellenic Association of Industrialists, presented their views on issues such as energy costs for the industrial sector, licencing procedures for enterprises, as well as the environment, during a meeting with the energy minister. The association placed greatest emphasis on the level of energy costs, a pivotal issue for the competitiveness of export-oriented enterprises as well as energy-intensive industries.

Skourletis noted that his ministry is examining these issues with the aim of promoting growth. The government’s main objective at present will be to strike a deal of its liking with the lenders, the minister commented.

Issues raised by SEV, as well as a range of other matters concerning the country’s business community, will be examined in greater detail in the immediate future, Skourletis noted.

Emerging from the meeting, SEV president Theodoros Fessas described the talks with the minister as constructive.

Other matters discussed at the meeting included the delay experienced in implementing a “power disruption management” plan to enable energy cost savings for major-scale industry in exchange for shifting energy usage to off-peak hours whenever required by IPTO.

Fessas said the recent imposition of capital controls in Greece is having a widespread detrimental effect as production heavily relies on the ability to import required materials.

Next week, the energy minister is scheduled to meet with officials of Azeri energy company Socar, which, some two years ago, signed a deal to acquire a 66 percent share of DESFA, the natural gas grid operator. The agreement has not been finalized as a result of an investigation launched by the European Commission’s Directorate-General for Competition.