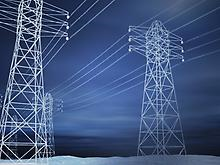 Greek government officials will do battle for the electricity market’s prospective shape of NOME-type auctions in Athens next week, when a technical team of the country’s creditor representatives, or troika, visits Athens for its latest review of domestic revisions.

Discrepancies between the country’s NOME-type plan proposed by RAE, the Regulatory Authority for Energy, and the troika remain, according to sources, despite ongoing revisions over the past few days being made by local officials, for partial adjustments in line with creditor demands.

As a result of the various differences, the Ministry of Environment, Energy & Climate Change has not sent an official draft of its latest proposal to Brussels, preferring instead to negotiate face-to-face with the troika officials during next week’s visit.

The fundamental difference, as energypress has reported, concerns the troika’s position – especially the European Commission’s Directorate General for Competition – on auctions for lignite and hydropower-generated electricity by PPC, the Public Power Corporation, which it considers as being a lever for increased competition in the retail electricity market, not a tool for assuring low-cost electricity in the industrial sector, as perceived by the Greek government.

The government’s NOME-type plan, as it currently stands, ensures electricity for the industrial sector at far lower price levels, as set at a PPC shareholders meeting last February. On the contrary, price levels for suppliers seeking to buy electricity through the auctions before selling in the retail market, both household and commercial, differ very little compared to present levels.

“If we held separate auctions for industrial and household consumers, the base price would be different in each case, as conditions change,” a local authority contended.

On their previous visit, the troika’s technical officials made clear their disapproval of the use of coefficients. They considered the plan’s support offered to the industrial sector as being excessive, while adding that its incentives for opening up the retail market to intensified competition were insufficient. Certain revisions have since been made, but the core remains unchanged.

According to energypress sources, the base price, based on calculations conducted by RAE, will range between 35 and 38 euros per megawatt hour, as a net amount, not including various other surcharges to be imposed. The troika does not disagree with the base price but, instead, with how it is processed to determine price levels.