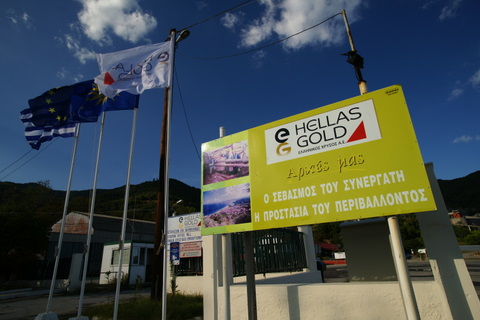 The relevant environment and energy ministry this week approved a license to allow operation of new electro-mechanical infrastructure at the Olympiada mining site in northern Greece.

The site is operated by El Dorado Gold subsidiary Hellas Gold, which has been engaged in a very public standoff with the current leftist government over operation of its Skouries gold mine operation, near the Olympiada site.

The new unit is necessary to process raw materials from the mining site, and comes within the deadline set by the Canadian multinational in recent contacts with the ministry’s leadership.

The Canadian multinational has stated that it projects to mine up 385,000 tons of condensed lead, zinc and gold-bearing pyrite from the Olympiada concession, which will then be processed on site at the unit.

The company issued a press release announcing the satisfaction with the decision.