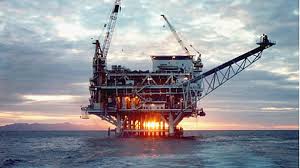 The recently appointed Production Reconstruction, Environment and Energy Ministry is weighing two alternative options for a tender offering exploration and exploitation rights for twenty offshore blocks in the Ionian Sea, western Greece, and south of Crete, whose approaching deadline expires in mid-May.

The ministry is expected to either take radical action and change the current tender’s model, offering the state majority control of the ventures – which essentially means the ongoing tender process will need to be canceled and relaunched – or make no legal changes to the terms set by the country’s previous administration but offer a four-month extension to the deadline.

At this stage, the previous administration’s existing plan, entailing the current tender model and a May deadline, appears to have been completely abandoned.

The first possible alternative of canceling and relaunching the tender under new terms that offer the state majority control of exploration and exploitation work would come as a major setback for the country’s hydrocarbon aspirations, taking the effort back many years while also eroding whatever foreign investor confidence remains for the Greek market.

The second delay-oriented option is linked to the plunge of crude oil prices in the international market over the past nine months and OPEC’s refusal to reduce output. A four-month extension to the tender would reset its deadline for September.

With crude oil prices at levels of about 50 dollars, the prospect of major energy players being drawn to the Greek tender, offering blocks in unexplored deep waters, is highly unlikely. The market uncertainty linked to low crude oil prices is expected to be sustained until at least June, when OPEC is scheduled to stage its next meeting. The prospects do not look good for any policy change. Just days ago, Kuwait’s Oil Minister Ali Al Omair stated that OPEC has no choice but to maintain current output levels in order to secure its market share.

The Greek government will need to make a decision on its course within the coming weeks. Energy companies are pressuring for a clear definition of the conditions to apply.