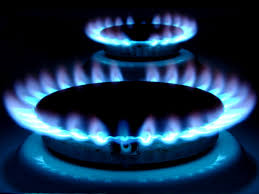 The government appears to have reached a compensation agreement with shareholders at the country’s three gas supply companies, prompted by reforms leading to the retail gas market’s liberalization.

Details of the settlement are expected to be disclosed within the next few days, when a draft bill for the market’s reforms – separating supply and management of the distribution network, which would end current gas supply monopolies in Greece – is forwarded for public consultation. Even so, it has already become known that the compensation deal will not involve payments but, instead, time and territorial expansions to rights held by the shareholders.

The corporate make-up of the country’s three gas supply companies involves DEPA, the Public Gas Company, as the majority shareholder with 51 percent stakes in the three respective companies covering the wider Athens area, the Thessalia region in the mid-northeast, as well as northern city Thessaloniki. Shell has a 49% stake in the wider Athens venture, while Italian multinational oil and gas company Eni holds 49% stakes in the Thessalia and Thessaloniki operations.

The compensation agreement was considered necessary as all three gas supply companies stand to lose the exclusive rights they each hold in the three Greek regional markets.

Based on Greece’s bail-out agreement with creditors, gas market reforms need to be enforced by the current year’s final quarter. The schedule agreed on calls for gradual market liberalization, beginning with additional gas alternatives offered to industrial consumers, followed, as of 2017, by household consumers.