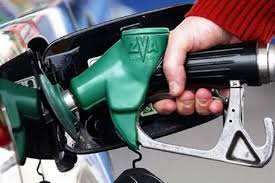 The government’s pledge to counter fuel and tobacco smuggling is one of the leading priorities in a list of reform proposals offered to creditors in the negotiations to obtain a four-month extension for Greece’s bailout.

According to finance ministry estimates, the plan could lead to annual revenues of 1.5 billion euros from a clampdown on illicit fuel trade and a further 800 million euros from tobacco smuggling.

Fuel market authorities, however, believe the government’s estimate of the country’s illicit fuel trade is farfetched. They have put the figure at roughly 300 million euros, just a fraction of the 1.5 billion-euro figure estimated by the government.

Even so, the government will depend on the fuel and tobacco fronts in its search for additional public revenues as a means of financing its policies.

If, however, the plan stands any chance of producing results, the recently elected government will need to enforce measures that have not been fully implemented by previous administrations, despite the ratification of legislation concerning the matter some three years ago.

An “inflow-outflow” data system, entailing mandatory installation of a data system at petrol stations and all other fuel trading companies as a means of offering continual supply of transaction information to a directly linked Finance Ministry system, will need to be fully enforced. Despite being legislated in 2012, just three in ten petrol stations are fully adhering to requirements, according to latest official information.

The installation of GPS systems on fuel transportation trucks and vessels, as a means of monitoring their movement, is another basic tool for the effort.