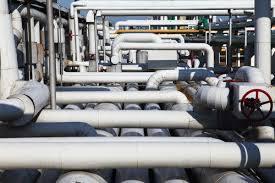 The completion of an agreement to sell part of DESFA, Greece’s natural gas grid operator, to Azeri company Socar, will be one of the first privatization agreements to proceed, as long as institutional requirements are met, Prime Minister Alexis Tsipras noted last night during a Greek TV interview.

Appearing on the “Ston Eniko” program hosted by long-serving journalist Nikos Hatzinikolaou, the prime minister disclosed that the Greek government has made a proposal – presumably to the Azeri company and the European Commission – for the Greek state to maintain a 17 percent stake of the 66 percent stake of DESFA offered under the country’s previous administration.

The European Commission, which is investigating the stalled deal, has demanded that the Azeri energy company surrender 17 percent so as to not acquire majority control of DESFA.

Acceptance of the Greek proposal would bring into effect the government’s new approach seeking state participation in privatization deals. It would also represent compromise from the leftist government, which has repeatedly declared all energy-sector privatization efforts would be halted.