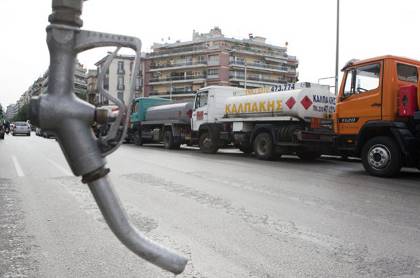 Responding to the repercussions on state revenues caused by a hike of the special consumer tax, EFK, on heating fuel – it prompted an enormous slump in consumer demand for the product – the Greek government is expected to forward a request to the country’s creditors for a reduction to the tax by as much as 20%.

The government hopes that the tax hike’s severe consequences, namely a 500 million drop in tax revenues, this year, and a 71% reduction in demand for heating fuel, will stand as a convincing argument during negotiations with the creditor representatives, or troika.

The government will also seek a 50% reduction for an extraordinary solidarity tax in 2015 and its eventual elimination in 2016.

The government’s push to increase the number of installments for unpaid tax amounts is also expected to apply to the IKA social security fund, Greece’s largest. A mere 20,000 of 300,000 IKA debtors are currently believed to be servicing amounts owed to the fund, meaning that the social security fund can expect to collect 809 million euro instead of eight billion euro.