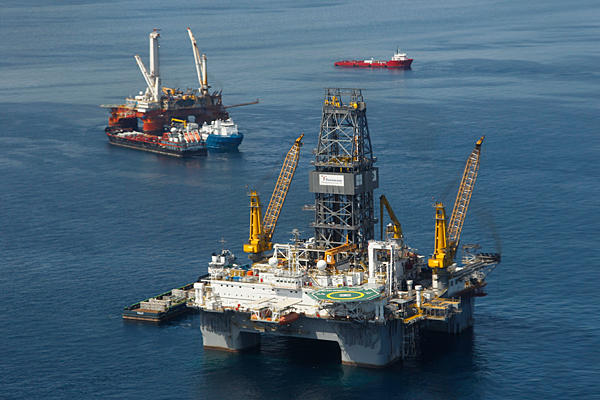 The Greek government’s imminent government-gazette publication of terms and charts mapping twenty sea plots, as well as three onshore areas, to be offered for hydrocarbon exploration may be viewed as part of an overall effort it is making to convince major hydrocarbon exploration firms that the country is determined to become a prime international player in this sector.

Recent domestic investment activity, as typified by Energean Oil & Gas – the firm recently announced that it had acquired a drilling rig, the company’s first, as part of an overall investment plan valued at 165 million euro to conduct oil exploration activity in northern Greece – further strengthens Greece’s bid to step up in the world of hydrocarbon exploration.

“It is clear that the message, even invitation, the Greek government wants to send out to foreign investors is bolstered by the fact that a privately owned company is investing significant amounts, creating serious infrastructure, and, most importantly, declaring an active presence in domestic exploration projects,” a sector official told EnergyPress.

Energean Oil & Gas plans to conduct oil exploration activity in the Gulf of Kavala region, at deposits in Prinos, northern Prinos, and Epsilon. The firm also intends to construct two new onshore platforms, the first since 1977, in the area.

As for the national oil exploration program, the recent move by the Minister of Environment, Energy & Climate Change, Mr. Yannis Maniatis, to forward official terms and charts mapping out the twenty-three sea and onshore plots to the government gazette for publication, comes as a preliminary step ahead of an upcoming announcement of two international tenders. They will concern exploration in the Ionian Sea, western Greece, and south of Crete.

The international tenders are expected to be announced in the Official Journal of the European Union by mid-September. It is believed that interested parties will face a six-month deadline to submit their bids.