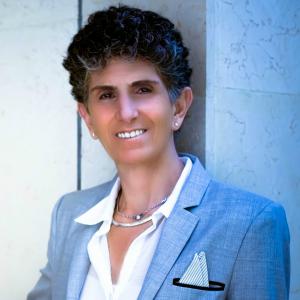 Realism, a gradual and more practical approach are needed in order to ensure that natural gas exports from the East Mediterranean may commence, Israeli gas expert Gina Cohen, in the Greek capital for last week’s Athens Energy Forum, told energypress in an interview.

The Israeli energy authority believes that export activity concerning the region’s natural gas may begin on a regional basis, to surrounding countries, where trading can be conducted more competitively. Mrs. Cohen also pointed out that Greece and Cyprus will potentially need to begin with smaller-scale plans before moving ahead with the development of more ambitious gas transmission projects, failing which they may lose out on all fronts.

When staging a tender, it is important to select the appropriate time, blocks and number of blocks offered. I believe that this was not the right time because one needs to have previously identified one’s markets and, in addition, natural gas prices are currently low, while there is an oversupply, internationally. In addition, I think that the Ministry in Israel should have first completed matters of greater importance locally such as providing small field incentives, developing the transmission and distribution infrastructure and ensuring that there is sufficient demand in the local market to enable to develop those gas fields that have already been discovered (Leviathan, Tanin and Karish). Israeli officials may have decided that this was the right time to go ahead because Cyprus, Egypt and Lebanon had proceeded with respective tenders of their own. Israeli officials may have feared being left behind. Also, the tender’s staging also offers a case with regards to the liberalization of the domestic market, otherwise how could there be complaints of an oligopolistic market. However, the purpose of the tender will be defeated if it proves to be unsuccessful. We shall see in March, when it is completed.

What should have taken place long ago is for the island to supply itself with natural gas. This would have offered multiple benefits, both economically and geopolitically. If natural gas discovered is a good enough product and fuel to be exported, then it is also surely appropriate for the domestic market. Therefore, it is not important as to when Cypriot exports will begin because the natural gas must first reach Cyprus. In my opinion, exports will not begin before the drilling efforts of the third licensing round. The fact that Cyprus is an island is forcing authorities to wait. The natural gas amounts are too modest for supply as LNG to Europe or the Far East and market prices are currently too low. If, in the future, authorities determine that greater gas amounts are possessed, then a better decision can be taken.  The Aphrodite partners have long ago offered to do a one well development and a small 12-inch pipeline to bring gas to the Island, but the government of Cyprus refused, wanting to wait for a more grandiose LNG export option.

Natural gas can be feasible for regional use. In Israel, it is cheaper than all other energy sources. Also, gas export activity to Turkey, where demand exists, is certainly feasible as Turkey has no indigenous reserves and has often had to pay excessively high gas prices. Egypt possesses great amounts of natural gas but also needs a lot of gas and is in fact still importing 10 bcm a year. Exporting natural gas to this market would be viable, as this country pays 5.8 dollars per mmbtu to purchase gas from its local suppliers and a higher price for its LNG imports. However, issues do exist, such as a 3.5 billion-dollar debt owed by the country to energy corporations. The other problem is that Egypt has announced it will become self-sufficient, in terms of energy needs, by 2020, so such statements cause misunderstanding, especially as I somehow doubt they will achieve this and so they should clearly leave all options open.

Egypt’s LNG terminals possess an annual capacity to export 17 billion cubic meters, but export activity, either from Cyprus or Israel, needs to be sustainable. Seventy percent of the world’s natural gas is traded regionally. Egypt is located 450 km from Cyprus whilst Turkey is only 100 km away from the Island, which increases gas transmission costs, in the former case, as well as its liquefaction, so Cyprus should certainly keep in mind the Turkish export option.

Egypt and Turkey are the two options. Contrary to Cyprus, Israel is located roughly midway between Egypt and Turkey. So both options are on the agenda, sometimes one becomes more prominent than the other. If the Egyptians settle their debt issue, Egypt would become an ideal preferable option, as it would mostly entail dealing with strong credit worthy international entities such as Shell. When BG controlled the liquefaction facilities in Egypt, the possibility of exporting from Israel was easier, whereas now that this company has been acquired by Shell, the prospect has become a little more difficult as Shell has a more extensive presence in many Arab countries. Things have now become easier in Turkey following the improvement in bilateral ties with Israel. Turkey also experienced a very harsh winter and realized that it lacked gas to supply for both heating purposes and for electricity generation. However, the conditions concerning both options are constantly changing. Israel’s relations with Turkey and Egypt are very important for Israel. Ultimately, one of the two options will be carried out. I believe that Cyprus will need to consider Turkey as an option, even though Cyprus has declared that it does not want to do so at present.

Greece will need to base its efforts on its own companies, such as Energean, or companies with a presence in the region, such as Repsol, in order to carry out drilling ventures. LNG is also important and the country already possesses one LNG terminal. I was surprised to find out that the Greek islands are not interconnected with the Greek mainland’s electricity network. The prospect of transmitting electricity from Israel and Cyprus to Greece and Europe is widely discussed but the Greek islands have yet to be interconnected. Start with smaller, more realistic plans, such as the interconnection of the Greek islands, the mobilization of local corporate groups, such as Energean, or the upgrade of the country’s natural gas network so that gas can be transmitted bidirectionally from and to Bulgaria for example. Greece should examine the prospect of upgrading the transmission of natural gas from Turkey via Greece (a 7 bcm a year pipeline already exists but needs better compression and higher capacity), as new natural gas sources will be added along this axis in the near future, hopefully including also East Med gas going into Turkey. Greece should, for now, leave aside overambitious plans such as the East Med offshore pipeline and focus on more immediate and achievable projects.