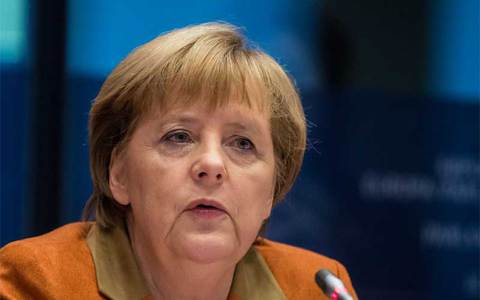 Direct provocation by the new government in Athens is making politicians in Germany less willing to agree to further help for Greece, a senior member of German Chancellor Angela Merkel΄s party was quoted as saying on Wednesday.Accordng to Reuters, Michael Fuchs, deputy parliamentary floor leader of Merkel΄s Christian Democrats, has frequently expressed frustrations felt by many politicians and the German public about the pace of reform and political delays in twice-rescued Greece.“The new leadership in Athens is taking the liberty of directly provoking Germany,” he told Rheinische Post newspaper.“This decreases the willingness of the German parliament to agree to further help for Greece towards zero,” he said, noting many politicians in the coalition government shared his opinion.He said in the interview that his trust in the new Greek government was already shaken.On Monday, Greek Prime Minister Alexis Tsipras hailed the decisive role “little Greece” was playing in reshaping Europe and promised Athens would not cave in to demands that it extend its international bailout “no matter how much” German Finance Minister Wolfang Schaeuble asked for it.Schauble has said that if Greece did not want a new aid programme “then that΄s it”.