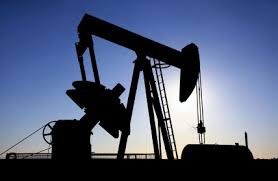 With an international tender for hydrocarbon exploration and exploitation rights for three onshore locations in western Greece – Arta-Preveza, Etoloakarnania, northwest Peloponnese – launched just days ago, government officials are troubled, if not annoyed, by the interest expressed by Italian company Enel, which had emerged victorious in a previous Greek tender, for geothermal development, before eventually disappearing from view.

The Environment, Energy & Climate Change Ministry had launched a tender in 2011 for geothermal projects in Nestos, Evros, Samothraki, south and central Chios. Greek company Terna Energy was initially awarded the project before it was handed to Enel, widely regarded as a global leader in geothermal development. But the collaboration did not proceed much further as Enel had its geothermal development rights gradually revoked after failing to respond to Greek government notifications to sign lease agreements. Enel initially lost its rights for the Samothraki and Chios ventures in December, 2013, then had its rights for the Evros project revoked last March, and, just days ago, also lost the rights for Nestos.

Responding to the Greek government’s concerns, officials at the Greek subsidiary firm of Enel Green Power told energypress that the company’s personnel is involved in geothermal projects worldwide and cannot be at the disposal of the Greek state, for an older tender, at any given moment.

“When we took part in the tender we were interested in the project, and specialized staff was available. But when we were contacted to sign [the agreements] things had changed,” a company official told energypress.

Enel’s hydrocarbons division may function independently of Enel Green Power, which is focused on renewable energy source (RES) projects, but, even so, Greek officials consider the failed geothermal tender as a negative precedent that affects the worthiness of Enel’s interest in the hydrocarbon exploration and exploitation tender for western Greece. The tender was launched last Wednesday when it was published in the Official Journal of the European Union.