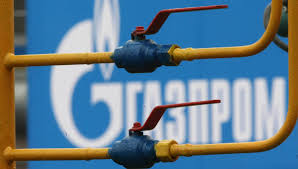 A penalty imposed on DEPA, the Public Gas Corporation, by Russia’s Gazprom, as a result of a take-or-pay deal misjudgement by the Greek side, will be reduced to about a third of the amount, government officials believe.

Production Reconstruction, Environment and Energy Minister Panayiotis Lafazanis has just returned from an official visit to Moscow, during which it was agreed to forge closer ties between Greece and Russia, energy matters being a key part.

Greece overestimated its gas order from Russia for 2014 as a result of lower domestic gas consumption amid the recession, which subsequently activated a take-or-pay clause in the natural gas agreement between the two sides. The resulting cost for Greece is believed to exceed 100 million euros, assuming the take-or-pay clause is strictly upheld. The figure, according to government officials, is now expected to be lowered to about one third of the total.

Besides the Greek government’s bilateral maneuverings with Russia, Gazprom’s softer stance may be connected with European Commission criticism of the country’s practice of attaching take-or-pay clauses to natural gas supply agreements. Market analysts reminded that European gas companies that have taken legal action against Russian take-or-pay clauses on agreements have been vindicated in court.

If DEPA does benefit from a drastically reduced penalty rate, the smaller amount may not need to be rolled onto consumer bills, especially those of thermal power stations, which are gas-fueled. The sector has already threatened to resort to legal action if its operations are burdened by any take-or-pay related costs.