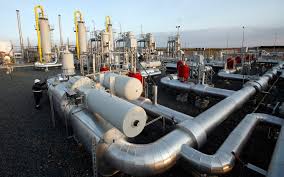 Despite having developed into an urgent matter, a take-or-pay clause included in an  agreement between DEPA, the Public Gas Corporation, and Gazprom, which will require the Greek corporation to pay the Russian energy giant for unconsumed amounts of gas as a result of a misjudged demand-related calculation, has, like so many other energy-sector issues, been set aside awaiting the result of the upcoming snap elections.

However, despite the current pause, Gazprom officials have already received a DEPA proposal that includes a wide range of revisions to the current agreement between the two sides, according to energypress sources. If implemented, it would spare DEPA of needing to pay for the gas misjudgement this year, while also offering certain long-term assurances to Gazprom.

Officials at the Russian gas company have apparently examined DEPA’s proposals and invited a Greek delegation to travel to Moscow for negotiations in search of a finalized solution. Amid the current setting, this meeting will seemingly not take place before the Greek elections, as, quite simply, a revised agreement cannot be formulated unless a leadership has been appointed at the Environment, Energy & Climate Change Ministry to either accept or reject any Russian proposal.

According to the exisiting take-or-pay agreement signed by Greek officials, DEPA is required to absorb an annual amount of at least two billion cubic meters of Gazprom natural gas, or, otherwise, pay a penalty if this level is not achieved.

Demand for natural gas in Greece fell by approximately 35 percent in 2014 compared to the previous year, resulting in an absorption level that is about 300 million to 400 million cubic meters below the agreed minimum. This discrepancy could cost DEPA a penalty of about 100 milion euros. If Greek officials eventually fail to reach a compromise deal with the Russian company, then this cost will need to be accordingly passed on to local gas consumers. This would primarily affect gas-fueled electricity production stations, Greece’s biggest recipients of Russian gas.

At present, the Greek side is being represented by DEPA’s chief executive Spyros Paleogiannis, an official backed by extensive commercial experience in the natural gas sector and dealings with Gazprom, as, prior to his current post, he had served as DEPA’s commercial manager.