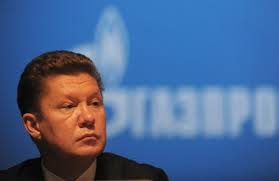 The Greek government is remaining reserved ahead of today’s official visit to Athens by Gazprom CEO Alexey Miller for talks with Prime Minister Alexis Tsipras and Production Reconstruction, Environment and Energy Minister Panagiotis Lafazanis, even though an agreement is likely to be signed for the “Turkish Stream” natural gas pipeline.

Considering Gazprom’s representation at the meeting, by its top official, and not a subordinate, a memorandum of understanding (MOU) may well be signed today for the segment of the pipeline to cross through Greece, dubbed “Greek Stream” by local officials.

“Turkish Stream” is Russia’s latest natural gas pipeline proposal for supply to the EU, planned to bypass Ukraine, cross the Black Sea and reach the Greek-Turkish border area. If developed, it will replace Russia’s indefinitely shelved South Stream proposal, which was planned to reach Bulgaria’s eastern coast, further north. That proposal was blocked by legal complications with the European Commission.

A leading Greek energy ministry official yesterday held back on expectations of any Greek-Russian pipeline deal by reiterating Moscow’s denial of reports that an agreement would be reached to offer Greece between three billion euros and five billion euros as an advance payment for anticipated earnings to be generated by the pipeline’s Greek segment.

“We’re still at a preparatory stage with the Russians, and waiting to see their position,” the ministry official noted. “All details concerning the pipeline’s development, including financing, and matters [recently] forwarded by the [Greek] government in Moscow, such as a renegotiation of the gas supply tariff and minimalization of a take-or-pay payment will be examined with Miller,” the official added.

Greece overestimated its gas order from Russia for 2014 as a result of lower domestic gas consumption amid the recession, which subsequently activated a take-or-pay clause in the natural gas agreement between the two sides. The resulting cost for Greece is believed to exceed 100 million euros, if the take-or-pay clause is strictly upheld.

Both the EU and USA are now clearly expressing their displeasure of seemingly warming bilateral ties between Greece and Russia. Yesterday, just hours after Miller’s visit to Athens was officially announced, it became known, possibly not coincidentally, that the European Commission will launch a new legal attack on the Russian energy giant for overcharging buyers in eastern Europe, according to reports by Bloomberg and Reuters. If confirmed, Gazprom will face such European Commision charges, possibly penalties too, for the first time.

Despite all the aforementioned factors and reservations, certain sources close to Lafazanis, Greece’s energy minister, consider the prospect of a Greek-Russian multi-billion euro deal highly likely.

Greece is running out of time to service major debt repayments and still needs to persuade highly skeptical creditors of a credible reforms plan to secure another tranche of needed bailout funds.