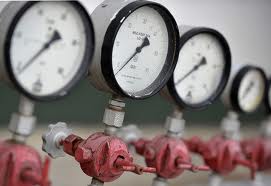 There has been much talk recently about the demands being made by the country’s gas supply companies (EPA) in exchange for their respective losses of regional monopolies in the wider Athens area, Thessaloniki, and Thessalia, in the country’s mid-northeast. Amid the speculation, it is believed that Shell, which holds a 49 percent stake in the gas supply company covering the wider Athen area, is contemplating to sell and abandon Greece’s retail gas market.

Latest rumors, according to energypress sources, also contend that the EPA companies are now also being offered permits for electricity production as part of the exchange deal.

Sources also noted that Italian multinational ENI, which holds 49 percent equity shares in the EPA companies serving Thessaloniki and Thessalia, has requested an electricity production permit as part of the wider maneuverings taking place in Greece’s energy market by companies aiming to sell combined natural gas and electricity packages to consumers in the retail market, as is practiced in many other European countries, including Italy.

Talks on the exchange deal’s details are still in progress between the Ministry of Environment, Energy & Climate Change, Shell, ENI, and DEPA, the Public Gas Corporation, which holds majority 51 percent stakes in all three EPA companies.

A study is currently being conducted by DEPA, Shell and ENI to determine the value of the loss of their regional gas supply monopolies, as well as the value of the offer for twenty-year operating permit extensions. The study is expected to be finalized in January.

Sources said the ministry will offer its own estimate, rather than instantly recognize the study’s results.

Greece is the only country, worldwide, in which Shell has remained active in the retail natural gas market. For quite some time now, the company has withdrawn its sector investments, opting, instead to place capital in the mining industry. Shell has apparently been looking to sell its 49 percent stake in the Athens EPA over the past year. Even so, the company is believed to be undecided as it awaits the finalized form of the gas market bill.