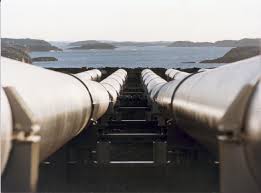 A meeting originally scheduled to take place Wednesday in Athens, set up by Greek energy-sector officials to finalize the framework of a local contingency plan in the event that Russia interrupts its supply of natural gas via Ukraine, has been postponed for a later date. It remains unspecified.

To be held at the Ministry of Environment, Energy & Climate Change, the meeting is expected to involve the participation of all the country’s top-level energy authorities.

They will need to formulate a stress test simulating the repercussions of a Russian gas supply stoppage next winter. Requested earlier this summer by the European Commissioner for Energy, Mr. Günther Hermann Oettinger, from all EU member states, the stress test is due at the end of August.

A Russian gas stoppage would primarily affect Greece’s natural gas sector. Electricity production in Greece would be far less affected. Greece ranks as one of the EU members with the greatest dependence on Russian natural gas, which, numerically, is estimated to be between 65% and 70%. The picture is less alarming for Greece’s electricity production, which is fueled by natural gas at a level of 25%.