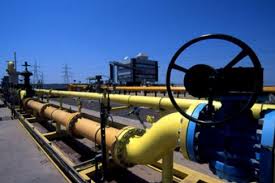 The sale of DESFA, the Natural Gas Transmission System Operator, to Azeri company Socar, Greece’s first major energy-sector privatization, is unlikely to be completed within 2014, as a result of delays in a pending approval of the deal by the European Commission’s Directorate-General for Competition. Subsequently, this delay will have an impact on the budgets at ELPE, selling a 35 percent stake in DESFA, and TAIPED, the State Privatization Fund, representing the Greek state’s 31 percent stake in the gas operator.

The European Commission’s Directorate-General for Competition has yet to respond as to whether it considers the legal framework – through which DESFA will operate as an independent operator under the control of Socar – to be in compliance with EU competition regulations. The Azeri company was announced as the winning bidder of the sale’s international tender 18 months ago.

According to sources, the wait for the Directorate-General’s crucial decision, to either approve the deal or demand further clarification and guarantees, can be expected to carry on until towards the end of the year. Some sources believe the procedure will be delayed further by the European Commission’s transition stage following the appointment of new Commissioners.

Just recently, on October 17, the European Commission’s Directorate-General for Energy released a positive outlook on the prospect of DESFA operating under Socar’s control. In the lead-up, the Environment, Energy & Climate Change Ministry had an amendment ratified in Greek Parliament that grants RAE, the Regulatory Authority for Energy, the right to block decisions reached by DESFA’s majority shareholder if it is deemed that these violate Greek or EU investment and energy supply concerns in the natural gas sector.