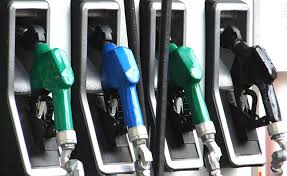 An “inflow-outflow” data system legislated back in 2012 with the objective of tracking petrol station fuel purchases and sales as a means of cross-examining activity to combat illicit fuel trade in Greece has remained largely inactive. Latest official data shows that just three in ten petrol stations throughout the country are providing sales and purchases figures to a Finance Ministry data system on a regular basis.

Of the 5,500 or so petrol stations operating in Greece, a mere 1,908 are sending all their trading data to the tracking system, figures showed.

The data, which has been posted on the Finance Ministry’s General Secretariat for Information Systems website (www.gsis.gr), classified 2,952 petrol actions as “active” participants, meaning they are not fully adhering to requirements.

Also, of the country’s roughly 5,500 existing petrol stations, 4,671 have had the data system installed to their operating faciliities, which indicates that almost 1,000 stations never bothered to upgrade accordingly, and, in spite of this, are still in business, untouched by authorities.

The data also showed that 1,698 have installed the “inflow-outflow” data system but are not forwading any trading data.

A deadline for full installation of the system had been set for last August. Despite the subdued response, there have been few reports of fines imposed on petrol station owners who have failed to meet requirements. Also, no operating licenses have been revoked.

Obviously, authorities relaxed their inspection activity both prior to and following the country’s January 25 snap elections. However, full implementation of the “inflow-outflow” data system, as well as additional measures, such as the installation of GPS systems on fuel transportation trucks and boats, is necessary if the government is to counter illicit fuel trade, an objective already set by the new administration.