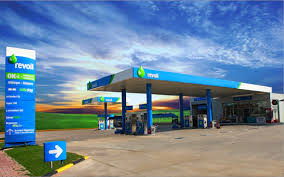 Greek fuel and lubricants trading company Revoil has reported considerable operating profit and EBITDA increases for 2014, reflecting its ongoing recovery in fuel sales, including in the shipping sector.

The group, in a statement, noted that, after a series of difficult years, 2014 was the first year during which sector petroleum product sales stabilized, primarily as a result of increased sales, in volume terms, of diesel and heating fuel, which offset a drop in petrol sales. The signs of an overall improvement indicate that the effort being made is leading to a recovery in the sector, the group stated.

As for Revoil, the group’s signs of gradual recovery, which emerged early in 2014 through firmer operating profit figures and net loss restriction, were sustained throughout the year, it noted. The improvement reflected an effort being made by the group to boost revenues through an increase in fuel sales, carefully executed retail expansion, and more efficient operating cost management, without forsaking the quality of products and services offered, the company noted.