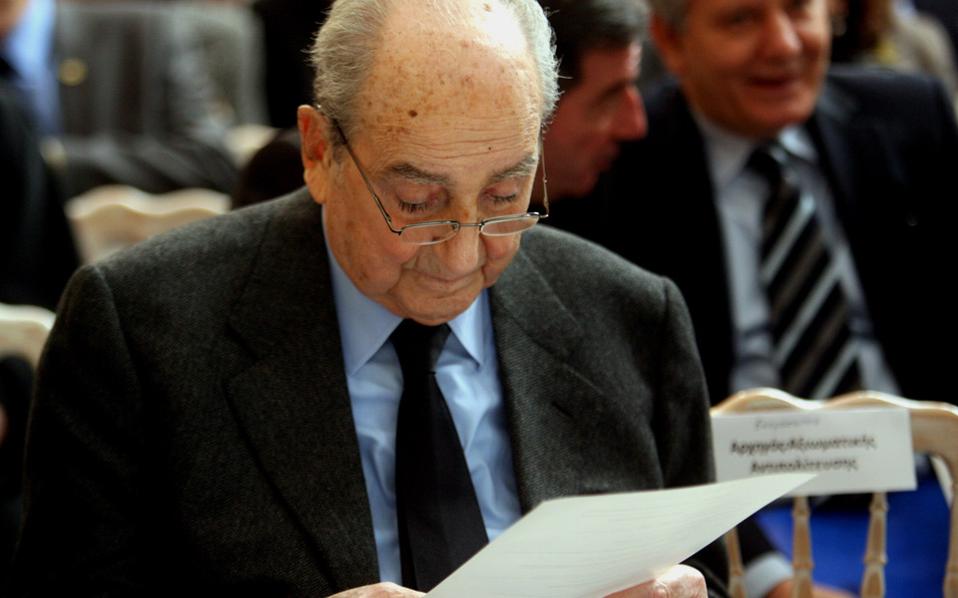 Former New Democracy leaders Costas Karamanlis and Constantine Mitsotakis (photo) will take part in the events the party will hold in the next few days to mark the 40th anniversary of its founding, Kathimerini has learned.

With the government’s future far from certain, Prime Minister Antonis Samaras wants to use the celebrations as an opportunity to rally his party. He will be the main speaker at the two events. One will be held in Halkidiki, northern Greece, on Saturday and the other on October 4 in Athens.

It was vital, therefore, that Samaras should secure the presence of the only two previous party leaders who are still alive and who still retain strong followings within New Democracy. Karamanlis, the nephew of party founder Constantine Karamanlis, will attend both events, while Mitsotakis will only be present at the gathering in Athens due to his frail health.

The celebrations come at a time when the coalition has yet to decide on who its presidential candidate will be and with doubts about whether it will be able to secure the 180 votes needed to elect him or her and avoid national elections.

In an interview with Reuters in New York, Deputy Prime Minister Evangelos Venizelos suggested the government might opt for a non-political figure from the arts or academia.

“We have some scenarios but we are absolutely open,” said Venizelos with regards to who might replace Karolos Papoulias when his term ends in March.