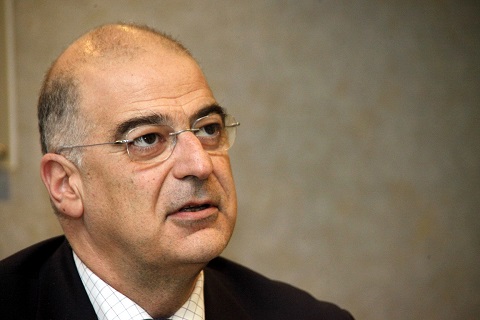 A demarche was presented to the Turkish ambassador at the Greek Foreign Affairs Ministry earlier on Monday, related to requests by the Turkish Petroleum Corporation (TPAO) for permission to drill in areas within Greece’s continental shelf, diplomatic sources said.
Earlier in the day, Foreign Affairs Minister Nikos Dendias had stated the following: “The publication in Turkey’s Government Gazette of a series of applications submitted by the Turkish Petroleum Corporation for the granting of exploration and exploitation permits in regions within Greece’s continental shelf is one of many actions through which Turkey is attempting to usurp step-by-step Greece’s sovereign rights.”
He had added that “Turkey’s illegal actions produce no legal effects and cannot encroach upon Greece’s sovereign rights, which are enshrined in International Law and the International Law of the Sea,” and had underlined that Turkey has “repeatedly been informed of these positions.”