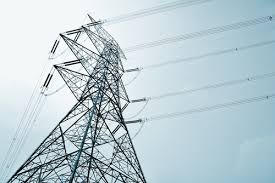 PPC, the Public Power Corporation, ranks as one of the Greek public-sector companies that has attracted considerable attention at recent international investment forums and conferences, as typified by a recent event staged in New York City, where the corporation’s Deputy Chief Executive Rania Ekaterinari answered numerous questions by investors on PPC’s privatization.

Greek government officials, at various international events, have also needed to respond to heighetened interest by many foreign investors on the PPC-related sales.

The country’s creditor representatives, or troika, are pushing for an acceleration of the privatization procedures at PPC, the Public Power Corporation, and completion within 2015. The troika contends the market will not open up to competition unless PPC’s aforementioned three-step plan is carried out.

Progress on any of these three PPC fronts will depend on the coalition’s survival. Yesterday’s surprise decision by the Prime Minister to swiften procedures for the presidential election will help clear up the political air sooner than had been expected.

HSBC has estimated the value of IPTO at 1.1 billion euros. However, an ongoing international tender for the sale of a 66 percent equity share will be put on hold until the domestic political situation clears up, with binding offers expected to be made should the coalition remain in power.