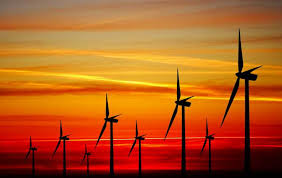 Reshuffling activity is currently being witnessed in Greece’s wind-energy market, especially among foreign investors, many of whom are maintaining a tentative stance or even withdrawing. Very few firms appear to be pursuing new investments or seeking to reinforce their market standings. On the contrary, the majority of major foreign firms are either disinvesting or maintaining a wait-and-see approach as they await further instructions from parent companies, currently not committing fresh capital to the Greek market.

Amid this apprehension, the emergence of the French-based EREN Group, owned by the former strongman at EdF Energies Nouvelles, Paris Mouratoglou, an entrepreneur of Greek descent, has brought about some change in the sector. Wind-energy market pundits inform that, in more recent times, Mouratoglou is the only entrepreneur to have injected new foreign capital into the sector, which is otherwise stagnant. Not including a major project undertaken by Enel in Kafirea – on the southeastern edge of Evia, Greece’s second-largest island just northeast of Athens – whose development is awaiting financial approval in November, all else, in terms of new investments, remains still.

EREN’s has already acquired permits for wind-energy, photovoltaic, and hybrid facilities amounting to more than 200 MW, taking on part of the portfolio of EdF’s Greek subsidiary firm, as well as projects of other firms, such as Gamesa. EREN also appears to be closing in on a deal to acquire wind-energy permits, totaling 100 MW, from another foreign firm, in the Boetia area, just north of Athens, and Evia.