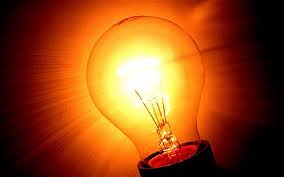 Capacity flexibility in electricity production is developing into a new trend for the sector’s wholesale market, attracting investor interest for existing ventures and the implementation of new plans.

Swiss company AXPO, formerly EGL, is a prime example, as it is warming up to the prospect of constructing a combined cycle plant with a 153 MW capacity in the Fthiotida prefecture’s Tithorea area, central Greece. Just a few days ago, the company’s investment plan received environmental approval from the Ministry of Environment, Energy & Climate Change.

The plant’s combined cycle technology will enable it to function in a highly flexible fashion, with low energy consumption levels, an ideal combination for the demands of the country’s electricity system following the significant market penetration of renewable energy source (RES) plants. In practical terms, the inability to predict power production amounts generated by RES units – wind energy farms and solar panels – increases the need for production units that can easily enter and exit the system, covering its needs as necessary.

Procedures for the reorganization of the country’s Capacity Assurance Mechanism for the electricity market, aiming to offer incentive for investments in flexible electricity production, are currently in progress. Public consultation procedures on the Capacity Mechanism, launched by RAE, the Regulatory Authority for Energy, ended last week. RAE’s proposal entails adopting a new mechanism to compensate electricity producers not just for providing capacity adequacy to the system, but flexibility as well. In other words, flexible producers, covering the fluctuating levels produced by RES units, will have first priority to the new Capacity Availability Tickets, or CATs.

According to sources, AXPO is awaiting finalization of the new mechanism before making a final decision on its investment plan for Tithorea. The project with an estimated budget of 120 million euros, had been granted a license back in 2010. The Swiss company then launched environmental approval procedures.

AXPO, one of Switzerland’s two biggest electricity companies, has been present in the Greek market for approximately ten years, initially as EGL. It was one of the founding companies, along with Norway’s Statoil, behind the consortium established for the development of the Trans Adriatic Pipeline (TAP) project. AXPO has reduced its share capital in the pipeline project to five percent from 42.5 percent.