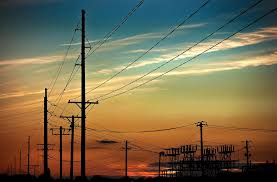 Favorable industry developments on a number of fronts have raised the expectations of electricity producers for stronger performances in the second half. These include an inaugural auction, scheduled for today, to offer producers providing grid flexibility CAT remuneration for a total of 4,500 MW at a starting price of at 39,000 euros, annually, per MW installed.

The starting price of the descending-price auction would ensure a 400-MW power station 3.9 million euros in revenues per quarter. It remains to be seen how much bidding pressure will be applied by participants.

RAE, Greece’s Regulatory Authority for Energy, will be monitoring the session’s developments today to take corrective action for future auctions should abusive practices be discerned.

The flexibility auction comes as a favorable development for electricity producers that promises to fill a gap created in April, 2017 when a previous CAT mechanism expired.

Gas-fueled power plants are expected to become increasingly competitive against lignite-fired power stations in the short term if CO2 emission right costs persist at levels over 20 euros per ton.