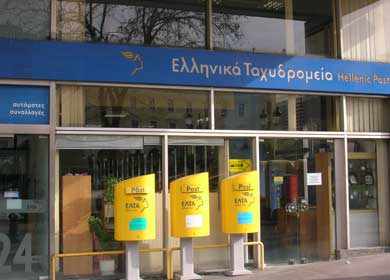 The first suitors for Hellenic Post (ELTA) have already started to appear, even though the privatization process has been postponed until a later date due to delays.

Privatization authority TAIPED has not yet determined the details of the sell-off plan for the concession of the state mail service as the fund is still awaiting proposals from its consultants, while ELTA’s management is trying to cut its operational costs.

Sources say that CVC Capital Partners, whicht mostly manages capital from the US, is interested in a controlling stake in ELTA, having already bought into the postal companies of Denmark and Belgium. In fact the Belgian postal company (De Post/La Poste) has also expressed an interest in ELTA during talks with Greek authorities. Other suitors may be the Dutch mail company TNT Post and France’s La Poste.

Government sources have said that Athens’s target is to find a European strategic investor, as is the case with most Greek companies that are up for privatization.