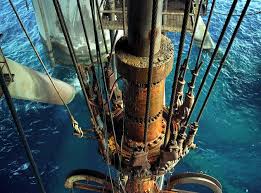 Just weeks prior to the country’s January 25 snap elections, the previous administration had launched a major tender concerning twenty offshore blocks in the Ionian Sea, western Greece, and south of Crete. Its deadline expires on May 14.

No decisions have yet been made, but the ministry has become well aware of the fact that revisions to the exisiting legal framework will require at least between six to eight months. An extension to the tender’s aforementioned deadline will not only lead to a considerable loss of time, but sharply increases the risk of reduced investor interest. The existing tender model required two years to complete.

The new administration’s declared intention to reshape the exisiting tender model, expressed both in the lead-up to the elections and in their wake, severely affected a smaller tender for three onshore blocks in western Greece. Just two companies, both Greek, Energean Oil & Gas and ELPE (Hellenic Petroleum), submitted offers for the tender, whose deadline expired earlier this month.

If the aforementioned concerns are taken into account, then the ongoing tender for the offshore blocks in the Ionian Sea and south of Crete will not be rescheduled, nor will any term revisions be implemented.

The leftist Syriza party had initially declared it would make changes to ensure exploration and exploitation control for the Greek state, which would have authority over participating consortiums. This model is common in countries such as Ghana, Nigeria, and Venezuela.

The plunge in international crude oil prices, which has subdued overall investor activity, is an additional concern for Greece’s new administration, as is the prospective effect of changes to the current tender model on the country’s credibility as an investment location.

Four major global players, Shell, Total, Repsol and Enel, have already made their point by withdrawing their interest from the smaller tender for the onshore blocks in western Greece. The danger of a repeat come May, when the major tender’s deadline expires, is a highly probable prospect if the ministry chooses to tamper with the current model.