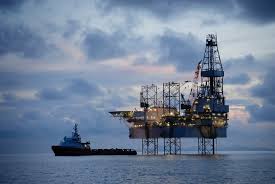 The plunge in crude oil prices, which is making major impact on investment plans of major energy-sector players, stands as the biggest obstacle for a tender to offer offshore blocks in the Ionian Sea, western Greece, and south of Crete, and overshadows concerns caused by the country’s political and economic uncertainty, including the recently elected Greek government’s plans to revise tender terms for greater state control in exploration and exploitation ventures.

Offering thoughts on the sidelines of last week’s Athens Energy Forum, a major foreign embassy official noted that, at current crude oil price levels, energy companies would not be prepared to invest in Greece’s hydrocarbon sector.

Yesterday, the Brent price in London was at 53 dollars a barrel and the WTI price in the US was even lower at 44 dollars per barrel, levels of approximately 50 percent less compared to a year ago.

The embassy official explained that energy companies typically move to cut back on investments under such conditions to protect shareholder interests, overlooking the relatively small investment amounts required for preliminary work in new exploration areas.

It is believed that, this year alone, over 150 billion euros of investment plans in exploration and production currently risk being shelved by the global oil industry. Energy giants such as BP, Exxon Mobil, Total, Anadarko, Marathon Oil, and Shell are all reconsidering their investment plans amid the current conditions.

Deep and ultra-deep water projects, which entail greater costs, face an even greater risk of being suspended. The hydrocarbon exploration plans for Greece fall into both these categories.

The head energy-sector analyst at ABN Amro, Jan-Hein Jesse, recently noted that energy companies will not proceed with high-cost ultra-deep exploration projects this year and in 2016, assuming crude oil prices stabilize at a level of about 60 dollars per barrel. Sharing these views, another analyst at Douglas-Westwood, Jason Waldie, forecast that exploration acitivity would not pick up for another two years.

Also, Norwegian company PGS, which conducted seismic research work in the Ionian Sea and south of Crete, and is eagerly awaiting progress in the international tenders for these regions to cover its investments, has already warned of a lower profit figure in the first quarter of 2015, adding that the company’s profit performance will remain subdued as long as crude oil prices remain lower and affect energy company investment plans.