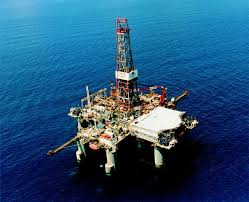 The much-discussed international tender offering exploration and exploitation rights for twenty sea plots in the wider Ionian Sea area and south of Crete, expected to be published in the Official Journal of the European Union within the second half of September, could coincide with a heated domestic political landscape that could even result in early national elections.

Interested parties will face a six-month deadline to submit their bids from the date of the tender’s publication, meaning that winning bidders can be expected to have been determined by the end of March, 2015, if the schedule is maintained as planned.

Looking ahead to next March, the tender results may emerge amid a period of political instability in Greece as the country’s political parties battle over the next presidential candidate.

The second and final five-year term of current president, Karolos Papoulias, ends next March. In the lead-up, the country’s political parties will be maneuvering to agree on a candidate for the incumbent’s replacement for Greece’s presidency, a ceremonial position. However, failure to do so would prematurely end the coalition’s tenure.

It is no secret that the prospect of early elections, and the political uncertainty this entails, could prove detrimental for investments in Greece. Local politicians are currently concerned that the fear of political instability could deter major firms from taking part in the international tender for hydrocarbon exploration.

Domestic political issues aside, Greek officials are even more concerned about the worrying developments on the international geopolitical landscape. The ongoing conflict in Ukraine is intensifying and an energy crisis that would be prompted by a Russian disruption of natural gas supply to Europe does not appear unlikely for next autumn or winter.

Despite the dangers posed by such a prospect, some pundits argue that an energy crisis could ultimately intensify exploration activity for the discovery of new natural gas sources in the eastern Mediterranean, which would also draw greater attention to Greece’s energy prospects.

The ongoing crisis in various parts of the Middle East stands as an additional concern that does not provide stability for investments.

Greek officials are remaining reserved about the type of companies that could be drawn to the upcoming tender for hydrocarbon exploration. Officials would be content to attract mid-sized yet robust firms, as well as rising newcomers, to the tender. It remains to be seen whether major players such as Exxon, Chevron, Total, Anadarko, Noble, Enel, and BP, which have all held meetings with Greek energy officials, will take their interest a step further.

A new round of presentations has been planned for autumn, both in Greece and abroad, following a show in London earlier this summer, in June.