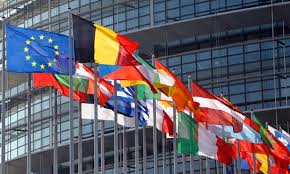 A decision by European Union leaders to soften climate change objectives for 2030 at an EU summit meeting several days ago is being interpreted as acknowledgement of the difficulties being encountered by the European economy and the EU’s inability to contain its industrial sector’s diminishing competitiveness.

The conservative objectives endorsed at the summit, which disappointed the renewable energy sources (RES) community and environmental groups, constitute a step back from policies maintained, until now, by the EU as a global leader in the effort to confront climate change.

The EU’s retreat appears intended to protect conventional European industrial activity, as it is believed, without being overtly expressed, that the benefits of RES development and other eco-friendly activities cannot offset the contribution of conventional energy means to the EU’s GDP.

The summit’s conservative objectives were accompanied by an agreement to not halt free distribution of greenhouse gas emission rights in 2020, the logic being to avoid the threat of industrial enterprises relocating to other areas where limits are not imposed.

Critics of the decisions reached by European leaders contend that the EU will lose its impetus and financial gains achieved as a world leader in eco-friendly economic policy, without, on the other hand, making any competitive gains in conventional industry.

At the summit, EU leaders endorsed an objective to increase renewable energy consumption to at least 27 percent by 2030, meaning that 27 percent of energy used in the EU in 2030 should be RES-produced. The leaders set an intermediate 20 percent objective for 2020. These target figures are binding for the EU as a whole, not each member state separately. RES authorities argue this detail, alone, will lead to failure as member states that have already made considerable progress in the RES domain will slow down in sector investments, while those left behind will not be pressured to make up for lost ground. RES officials had pushed for a target of at least 30 percent for 2030.

EU leaders also agreed on an objective for a reduction in energy consumption of at least 27 percent by 2030, compared to 1990. This, too, is non-binding for member states on an individual basis.

A third decision reached by EU leaders at the summit entails an EU target of 40% less greenhouse gas emissions by 2030, compared to 1990. This is a binding target for the EU as a whole and all member states, separately.

Greenpeace Greece condemned the government’s stance as “nothing more than what it has already practiced in our country over recent years – a halt on clean energy, a hypocritical approach on energy conservation, and an effort to link Greece’s future with even more mined fossil fuels.”