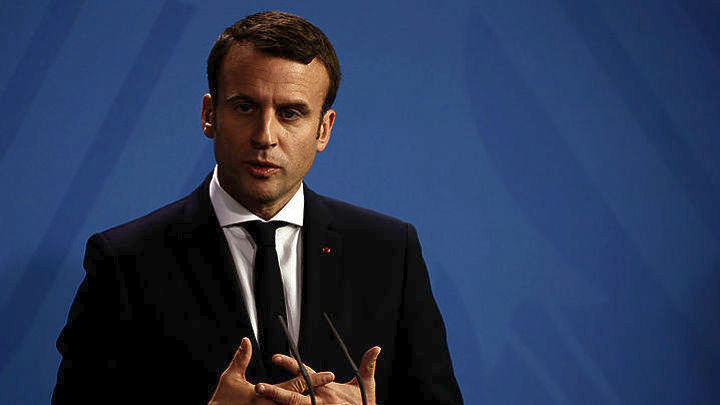 Europe’s future as envisioned by French President Emmanuel Macron with the urgent changes needed for the continent and the deepening of the strong relations between Greece and France will be at the center of the talks between the French leader and Prime Minister Alexis Tsipras, during the former’s two-day visit to Athens on September 7-8.
The talks will focus on three subjects: attracting investments in Greece, the country’s stable access to the markets and the future of Europe. The two leaders will also discuss EU-Turkish and EU-Russian relations, Cyprus, the developments in the Western Balkans and migration.
Tsipras shares to a large extent Macron’s view on the future of Europe and therefore the Greek side considers this visit as crucial for the direction this dialog will take, according to government sources.
The two sides agree by and large on the need to develop a political control and accountability over the implementation of European economic policy. In addition to the absolutely necessary democratization of economic governance, Greece also gives a special emphasis on the restoration of the balance between the economic and social dimensions of Europe, a matter closely linked to the abandonment of neo-liberal policies of unilateral austerity.
According to the same sources, the government believes that Macron’s visit to Athens highlights the fact that the country has a crucial role to play in this ongoing dialog and has ceased in recent years to be considered as a mere observer.
At the same time, the visit of the French President is an acknowledgment of the upgraded geopolitical role of Greece and shows the practical support of our country’s growth dynamics.
Concerning France, the sources said that Macron is expected to present his vision for the future of Europe, the strengthening of European constitutional values and democracy. His speech is expected to reveal elements of the new EU and Eurozone architecture which is being discussed between Berlin and Paris in recent months. At the same time, he is expected to highlight the importance of Greece’s effort to address possible European crises, such as those of recent years, defending international law and the European acquis.
According to the same sources, Tsipras will stress the historic significance of Greek-French friendship and cooperation and France’s key role in supporting Greece during the economic crisis – and specifically Macron’s, during his tenure in the finance ministry. He will also note that the new EU and Eurozone architecture can lead to a better future for European citizens on the condition that it will be based on the development of a social, democratic Europe and the defense of the European acquis.
Macron will be accompanied by Finance and Economy Minister Bruno Le Maire and the Minister for European Affairs Nathalie Loiseau. The French mission will also include businesspeople involved in the sectors of energy, infrastructure, tourism, start-ups, finance and the defence industry.
The sources said the French president looks forward to strengthening his country’s regional role and, in this light, attaches great importance to Greece’s role in the wider region. He also lent practical support to Cyprus and expressed his readiness to exercise vigorous energy diplomacy.