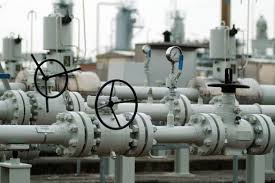 Deputy Environment, Energy & Climate Change Deputy Minister Makis Papageorgiou has told an energy conference that the long-delayed sale of a 66 percent equity share of DESFA, the Natural Gas Transmission System Operator, to Azeri company Socar could possibly be resolved if a percentage of the DESFA stake up for sale is acquired by a European company.

The European Commission recently announced it will need to examine DESFA’s planned sale, citing EU energy competition and security concerns, before it can offer its final approval.

It appears that the EU’s executive body is concerned about the wider European implications of a DESFA acquisition by Socar. Based on EU corporate law, if the Azeri company is granted an operating license for DESFA, it will then be free to operate elsewhere in Europe.

The Greek deputy minister’s suggestion entailing the involvement of a European company in the deal is not a new development. Such a possibility was reportedly discussed during the proceedings of a recent energy agreement signed between Greece and Belgium.

Belgian company Fluxys, the operator of one of Europe’s biggest gas hubs, had considered moving into DESFA during the tender stage, but eventually held back fearing the elevated investment risk for Greece at the time. However, the Belgian giant has gradually reemerged as a possible player in the stalled DESFA agreement.

It remains unclear how keen the European Commission is on offering a non-EU energy company access into the European market.

Socar officials have taken the opportunity to express their frustration over the delay on a number of occasions. The process has now lasted about one-and-a-half years, while completion of the agreement, if ever achieved, is not anticipated any sooner than next June, two years after the tender.