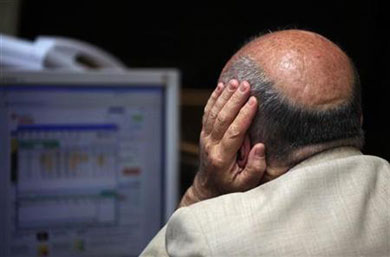 European stock markets rose moderately in early trade Monday, taking their lead from gains in Asia overnight, but gains were capped by the possibility of an early parliamentary election in Greece.

In early–and thin–trade, the Stoxx Europe 600 rose 0.1%. Overnight, the Shanghai Composite Index rose to its highest level since January 2010 buoyed by news that the central bank is changing the way that banks calculate their deposits to increase the amount of cash they can lend out. On Wall Street, the Dow industrials and S&P 500 each notched fresh records on Friday, still supported by a bright outlook for U.S. growth.

In Europe, however, indexes flitted from green to red with traders citing geopolitical concerns surrounding Greece.

“A risk of an early general election in Greece remains high,” analysts at SEB wrote in a note, adding that a new election could lead to a victory for the radical left opposition Syriza party, which has threatened to tear up the economic overhaul and austerity program that has accompanied the country’s international bailout. Separately, the right-wing Independent Greeks are also stirring up the electorate.

On Monday, Greece’s main Athex stock index was trading around 5.5% lower, while the yield on the 10-year government bond was at 8.35%, broadly flat on the day. At the start of the month the yield was around 8.19%. Yields rise as bond prices fall.

German bonds rose as investors sought assets deemed least volatile during times of stress. The yield on the 10-year bund was around 0.59%, near an all-time low.

Elsewhere, the euro was trading moderately lower against the dollar at $1.2183. Brent crude was around 1% higher on the day, hovering around the $60 per barrel mark. Year-to-date, however, it remains more than 45% lower.