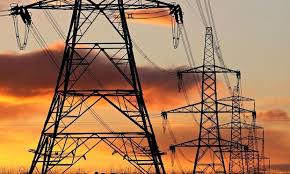 The independence of regulatory authorities for energy stands as an EU energy policy priority, the European Commission has made clear following a recent dispute between Greece’s authority, RAE, and the Production Reconstruction, Environment and Energy Ministry.

Energy Minister Panayiotis Lafazanis has openly declared an intention to limit RAE’s authority. Just days ago, he demanded that RAE reexamine a proposal for an Emission Reduction Tariff (ETMEAR) hike, which would appear on electricity bills, as part of its effort to wipe out the renewable energy source (RES) special account deficit. The minister wants to avoid price hikes on power bills.

Commenting on the rift between the two sides, the European Commission noted it was aware of the recently elected Greek administration’s intentions, while noting that it must adhere to EU law. All member states must be represented by independent regulatory authorities for energy that operate according to EU law, without intervention, the EU executive body noted.

It stressed the importance of the establishment of equal competition terms for all market participants, a pivotal part of the overall role of regulatory authorities for energy.

As for Greece’s currently stalled privatization effort, the European Commission noted that the plan to part-privatize PPC, the Public Power Corporation, and sell a 66 percent share of IPTO, Greece’s Independent Power Transmission Operator, represents part of the bail-out agreement. Both privatizations are necessary measures aiming to modernize and benefit the Greek economy, the EU executive body noted.

These privatization plans, prepared by the country’s previous administration, are linked to an effort to counter the dominance of PPC, the Public Power Corporation, in the electricity market, as well as to a European Court decision.

The European Commission attributed Greece’s current energy rates, among the highest in the EU, to the country’s failure to implement effective measures promoting competition in the energy market.