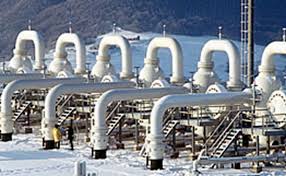 The European Commission has forwarded a letter of objection to Bulgaria’s state energy company Bulgarian Energy Holdings (BEH) over its energy-sector dealings, believed to be breaching EU antitrust legislation.

Significant barriers have restrained energy market operations in the Balkans, including Bulgaria, contributing to higher energy costs in Greece.

The intervention made by the EU’s executive body, seen as being just a step away from legal action, further highlights its determination to change the energy-related landscape in the Balkan region for seamless energy interconnection throughout the EU.

Just days ago, EnergyPress had reported on Greece’s energy-related vulnerability as a result of delays in the development of two key natural gas pipeline projects in southeast Europe – the IGB, a pipeline that would link Greek and Bulgarian natural gas pipeline networks, from Komotini in northeast Greece to Stara Zagora in Bulgaria, and the Giurgiu-Ruse pipeline, running from Romania to Bulgaria – combined with the threat of a stoppage of Russian natural gas supply because of the ongoing conflict with Ukraine.

The European Commission’s letter of objection to BEH was forwarded because investigations conducted detect violations of antitrust law in Bulgaria’s wholesale electricity market.

BEH is suspected of not complying to EU competition regulations as, in contracts signed with suppliers, the firm forces them to choose whether they will trade energy domestically or export, therefore preventing free trade movement. Moreover, the contracts, according to the European Commission, also include restrictive mechanisms that allow BEH to inspect and penalize customers who do not abide by these restrictions. The conditions set by BEH, the European Commission has noted, stand as an abuse of power and therefore represent a breach of EU law.

In a separate case, the European Commission is examining whether BEH, the corporation’s natural gas trading subsidiary, Bulgargaz, and Bulgartransgaz, another BEH subsidiary that manages the firm’s natural gas network, are preventing competitors from access to significant gas infrastructure, which would also be a breach of EU competition laws.