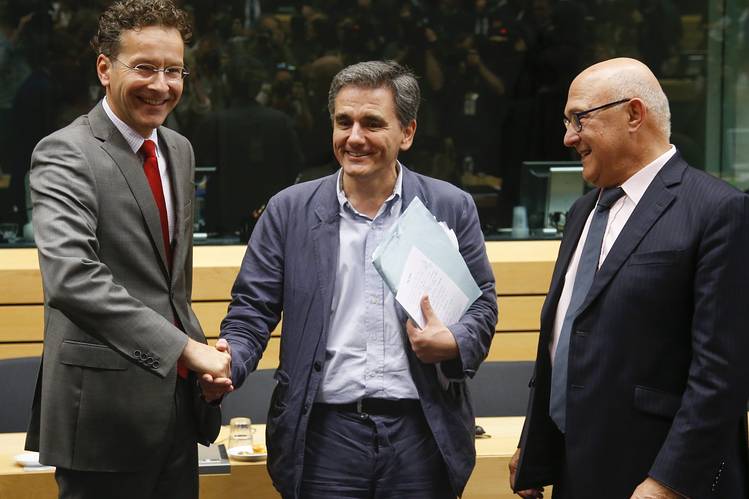 The Eurogroup welcomed the measures adopted by Greek authorities as part of its agreement with the Eurozone, Eurogroup head Jeroen Dijsselbloem said on Monday after the end of the meeting.

He said finance ministers discussed the measures adopted by Greece, the contingency mechanism and the county’s debt, noting developments will be discussed again in two weeks at the regular Eurogroup meeting to achieve a final deal.

Dijsselbloem also announced a three-step approach in taking measures that will make Greek debt sustainable: The short-term measures will include improving debt servicing, the medium-term will include specific decisions which will be implemented at the end of the program (provided Greece has fully implemented the program) and the long-term measures which will concern the following decades.

On his side, Economic Commissioner Pierre Moscovici said important progress has been achieved towards clinching a deal. The head of the ESM, Klaus Regling, said that the disbursement of the next loan installment will happen “soon”, as some more work is needed.