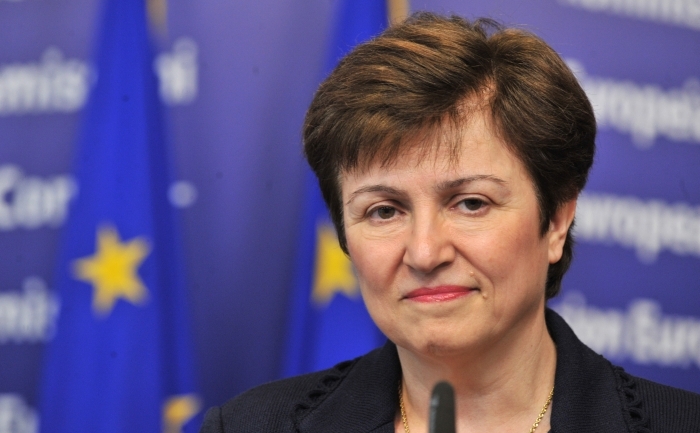 Vice President of the European Commission responsible for the Budget and the Human Resources Kristalina Georgieva on Monday visited the temporary hosting migrants and refugees center in the central Athens district of Elaionas.

In her statements, Georgieva underlined that “my plea to these people is to have patience. If they left from a war then of course they have the right to asylum, I they seek a job and they find a job then they are welcome to stay in Europe, but if they don’t then they must return to their country. If Europe can’t accept all then we must handle this matter with respect and dignity” she stressed.

Georgieva discussed with Athens mayor Giorgos Kaminis the ways EU and the Greek authorities will accelerate the implementation of the support programmes and to solve administration problems. According to information they discussed the funding of programmes for refugees and local communities from three sources: The European Social Fund, the Fund for Refugees and the EU’s restructuring funds.

She also discussed with the general secretary of the migration policy ministry and Athens mayor the implementation of a rent subsidy programme for 20,000 persons. The programme is funded by the European Commission with 80 mln euros.

“Obviously, as European we must recognise that what has happened in the last months is unprecedented. I can’t think of another country in the world that the arrival of 1.5 million people would not be a shock. And for Greece is an additional shock because it is a country that is struggling to leave from a very difficult financial condition,” she Georgieva.