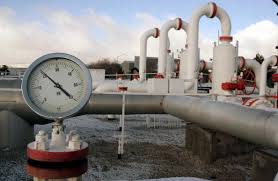 The completion of a privatization agreement reached between the country’s previous administration and Socar for the sale of a majority stake in DESFA, Greece’s natural gas grid operator, to the Azeri energy company has been set back once again following the European Commission’s decision to suspend the deadline of its investigation into the deal.

The European Commission, which launched an investigation into the long-delayed privatization on November 25 over EU competition concerns, reached its decision to suspend its deadline on the check on January 21, four days ahead of Greece’s snap elections. But the decision has only just been made public. The EU executive body had initially set itself an April 22 deadline for the investigation.

The European Comission decision comes amid reserved statements made by Greek and Azeri officials on the matter. Athens has made clear it will await the European Commission’s outcome before making any decisions on the privatization, which would provide Socar with a 66 percent equity share in DESFA. Azeri officials, who had reacted firmly against the news of the investigation, have now maintained a subdued stance to the European Commission’s latest decision. In an official announcement, Socar has noted it is working closely with the EU in search of a mutually acceptable solution.

The privatization agreement has been in limbo since June, 2013, when a tender was completed. Socar had emerged victorious with an offer of 400 million euros, but a series of regulatory revisions, both domestic and not, subsequently set in to hamper the deal’s progress.

Suspending deadlines is not uncommon in Brussels when it comes to corporate takeovers.